The outside world also known as the ‘real world’ is a phrase I grew up with. It connotes the place where the magic happens, where freedom from parents and school authorities reigned. I went to Christian private schools (both secondary school and University) and a lot of times they would say stuff like ‘…when you get to the outside world’. It was frustrating to hear that phrase in university where other people seemed to be finally enjoying the outside world while we lived somewhat caged in by rules and more rules. But then again, I loved my school (Shout out to all who finished from Covenant University).

My school could easily be compared to the Utopian society; everything we needed was provided; there was no traffic; the environment was serene and sane; you could easily connect with like minds and sustain such relationships. Most interestingly was the way our spiritual lives were molded; we went to church almost as much as we went for classes; you could see people around speaking in tongues without looking weird. If I’m being honest, it felt like a lot of ‘church’ then. But in retrospect, I gained more than I could imagine! 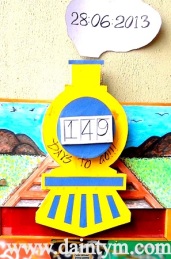 Almost three years down the road and I’ll give anything to go back to the serene and secure four walls of my Alma mater; to be cradled and nurtured in the midst of other people who spoke faith and walked in style without feeling ‘overdressed’ (my school was pretty fashion oriented I must say). But I can’t go back! Even if I did, it won’t be the same. All my friends are in different places now, there’s no going back 😦

What ticked me off about the outside world? You may ask. Well, to be honest, the little things. The harsh realities of the world outside; the fact that some people are extremely cold and mean. Survival of the fittest is as literal as it sounds! Everyone thinks of how to survive, how to make more money and buy more stuffs even if it costs them their relationships with others and with God. Don’t even get me started on how it’s ‘lame’ not to have some bad history to brag about. You’ll probably hear folks say ‘you haven’t lived yet’ just because you haven’t done crazy stuffs! Painfully, you may just be coming from one pumped up spiritual service to get into a bus with ungodly music booming and gently sifting into your system. A world where evil prevails and good is slowly going extinct. A world where it pays to join the worldly trend than stay on the spiritual bend. A world where I am an oddity. To be honest, the crazy out here is overwhelming!

In the midst of all this, I’m reminded of this;

Let me tell you why you are here. You’re here to be salt-seasoning that brings out the God-flavors of this earth. If you lose your saltiness, how will people taste godliness? You’ve lost your usefulness and will end up in the garbage. Here’s another way to put it: You’re here to be light, bringing out the God-colors in the world. God is not a secret to be kept. We’re going public with this, as public as a city on a hill.  If I make you light-bearers, you don’t think I’m going to hide you under a bucket, do you? I’m putting you on a light stand.  Now that I’ve put you there on a hilltop, on a light stand – shine! Keep open house; be generous with your lives. By opening up to others, you’ll prompt people to open up with God, this generous Father in heaven. Matt 5:13-16 (MSG)

You can’t easily identify a light in the midst of other lights. The impact is minimal. To shine as light, you have to be in the darkness. And the way I see it, the outside world is pretty dark! To be the salt of the earth, you’ve gotta step out of the salt shaker (as comfortable as it is in there) and seek to add flavour to a rotten world.

I understand how tempting it is to dim your light in the darkness so they don’t hate you. If they hated Jesus, what makes you invincible? Oh, dear one! They will hate you for beaming your light in areas where they would rather hide in the dark. But that shouldn’t discourage you! Someday, they would come to the light. The bitterness will someday give way to your salt. You can never deny the power of light and salt! My pastor said ‘salt does not have to be as much as food to make an impact’. And that’s so true! You may feel you’re so small and insignificant in this large world. But you’re not! You can always affect the little corner where you find yourself.

40 thoughts on “The Outside World”