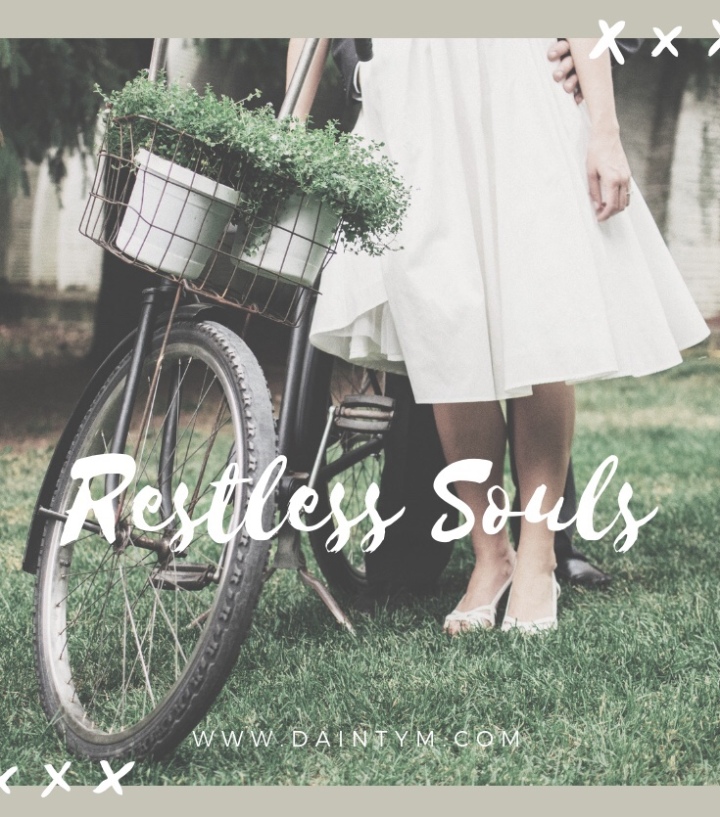 There are times when our souls get really restless. Nothing satisfies us the way it used to, environments we once loved become uncomfortable. Much like a shoe you almost died to get and suddenly abandoning it in your closet.

Life isn’t meant to be lived just for ourselves.

On all my soul journeys, one truth I’ve found is that when you go looking for self, you discover how tiny and hollow you really are. But when you search for God, you find how great He is and the part you have to play in the grand scheme of things.

It really doesn’t matter how long you’ve done what you’re used to doing. When purpose knocks on your door, your soul will get restless. Much like a dog barking when someone is at the door. You won’t be alright until you’re doing what you were created for. In that moment, in that little corner where you’re shining your light, it will amaze you how much joy will fill your heart.

Problem is, not many of us get to make money from what our souls are restless for, and sometimes fear cripples us from even taking steps towards such purposes. But it’s alright. All it takes is a step, and another one towards doing that which sets your souls on fire.

It’s only in doing what we were made for that we will find fulfillment living in this world amidst the chaos and uncertainties.

Let’s take a quick look at Jesus’ life. As a little boy, he was once forgotten at the temple because he was doing what he was called to do(Luke 2:41-50). I’d say he had a restless soul that prompted him. I like his response when his mom came to tell him how worried they had been because of him.

“The next day they found him in the Temple seated among the teachers, listening to them and asking questions. The teachers were all quite taken with him, impressed with the sharpness of his answers. But his parents were not impressed; they were upset and hurt. His mother said, “Young man, why have you done this to us? Your father and I have been half out of our minds looking for you.”He said, “Why were you looking for me? Didn’t you know that I had to be here, dealing with the things of my Father?” But they had no idea what he was talking about.” -Luke‬ ‭2:46-50‬ ‭MSG

After spending the better part of his life being a carpenter’s son, he began to fulfil his purpose from age 30 and recorded a super impressive result in 3 years. He was so immersed that sometimes he’d skip food and according to him, “my meat is to do the will of him that sent me, and to finish his work.” (John 4:34) Have you ever been so restless that you didn’t even care for food?

Interestingly, the things our souls are restless for come quite easy to us; sometimes too easy that we ignore them. But it’s in the gentle prodding and expression of our gifts that we affect the lives of thousands around us.

Only in such pouring out of one’s soul can one really be satisfied.

Are you having a restless soul? What is it that makes you tick? What gifts do you have to share with the world? I pray that you’re able to play your part in the grand scheme of things to the glory of God.

It’s always my desire that you live a victorious life! ❤️