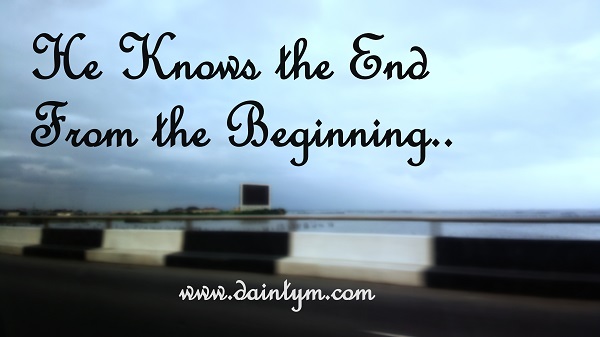 It was a pretty good day, I guess. The soles of my feet were already sore from standing and waiting for the bus. The waiting could be really irksome sometimes. But it was no surprise that I had to wait because I got off work pretty late and the rush hour was in full bloom. No one likes the rush hour in the bustling city of Lagos. You’d rather wake up at ungodly hours in order to avoid it.

So yeah, there I was in the fully packed bus ready to transport commuters from the island to the mainland- the journey of life. LOL. There are two major routes to follow on this journey; either by crossing one of the longest bridges in Africa fondly called the Third Mainland bridge or by following a land locked route. While the 3rd mainland is shorter, the other route actually has designated bus lanes which is a huge plus! Imagine my dismay when the driver took the third mainland route in the peak of the rush hour. As we crawled through the traffic, I loathed his decision in my mind. The journey was so long and gruesome.

Well, the fact that am writing this story means there was a lesson to learn. After what seemed like endless hours, the bus picked up speed and the bridge was so free. I let out a big grin as I felt the cool sea breeze over my face.

Here’s what I learned;

The driver who took that same route when coming (against traffic though) had discovered that the road was free. That’s why he took us through that road, gently and patiently through the crawling period. He knew the end from the beginning in this case. We didn’t know and we were frustrated through the process.

This can be easily likened to our relationship with God. He takes us through diverse situations in life, some pleasant, some not so pleasant. In such trying times, we just wanna quit. We want to be on the well-known terrain but gently and lovingly He guides us through the process. Because He knows the end even from the beginning. Going our own way may just leave us even more frustrated.

Whatever you’re going through, know that He’s with you and He’s guiding you. The obstacles aren’t your destination. Keep moving. Keep climbing. Trust God and watch your beautiful destiny unfold.

16 thoughts on “End from the Beginning”